The Air-end, which consists of two rotors, is the Screw Compressor’s primary component. An electric motor powers the male motor. Air is drawn in through the suction control valve and the inlet filter. An air-oil separator receives the air-oil mixture coming from the air-end. The separated oil enters the system after passing through an oil filter and cooling in a “cooler.” Additionally, the air travels to the receiver via an air cooler. The entire system is regulated by valves, and the compressor sequence is managed by electric or electronic control. 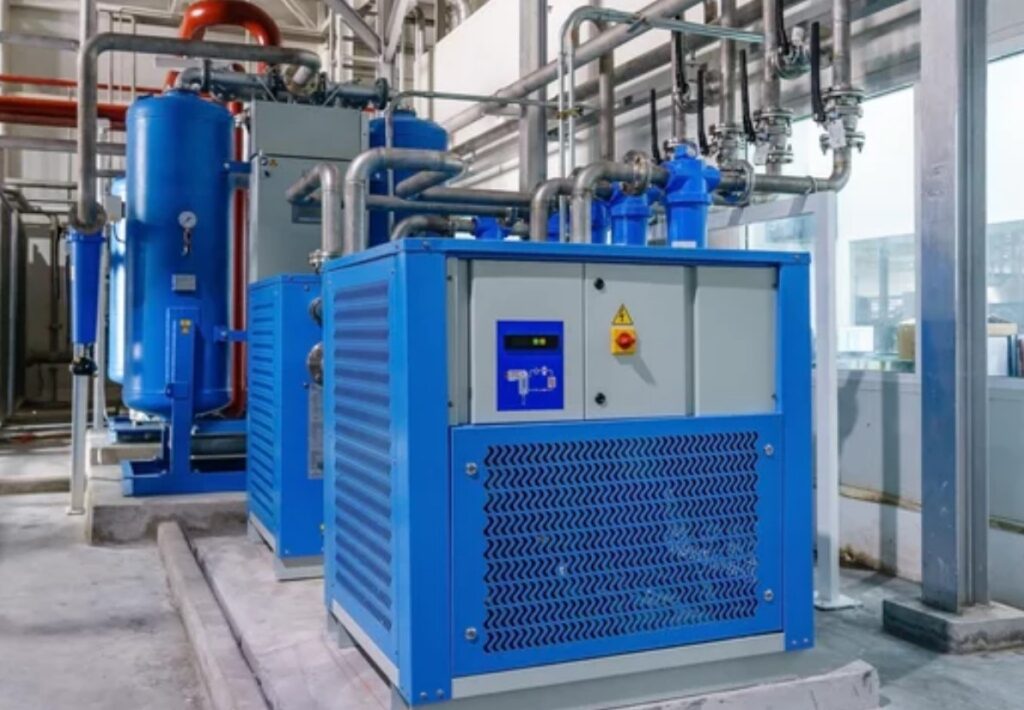 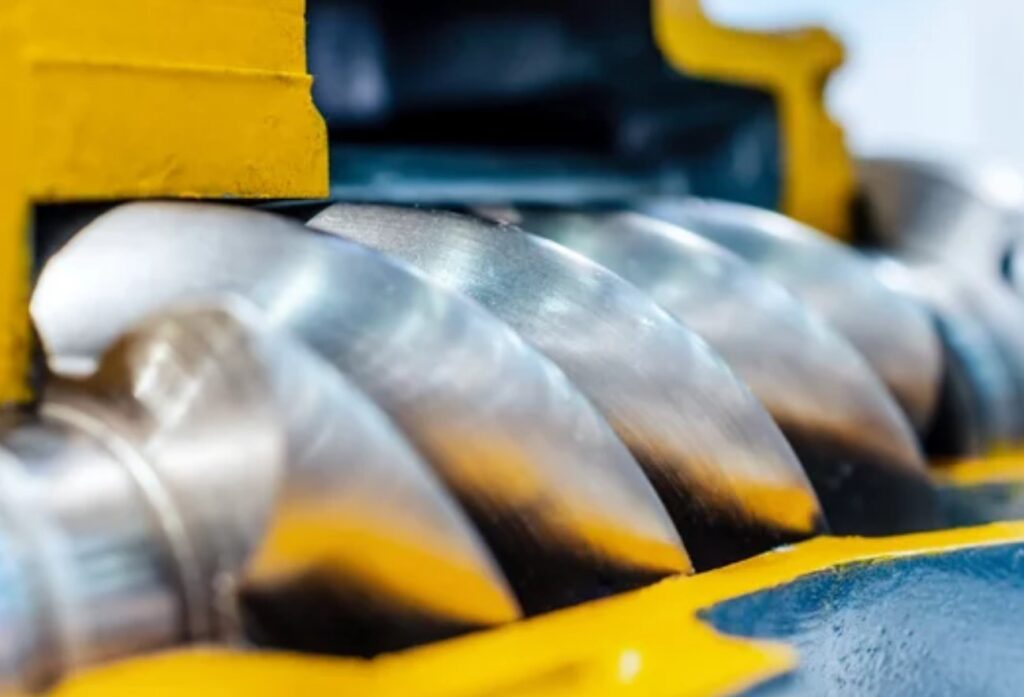 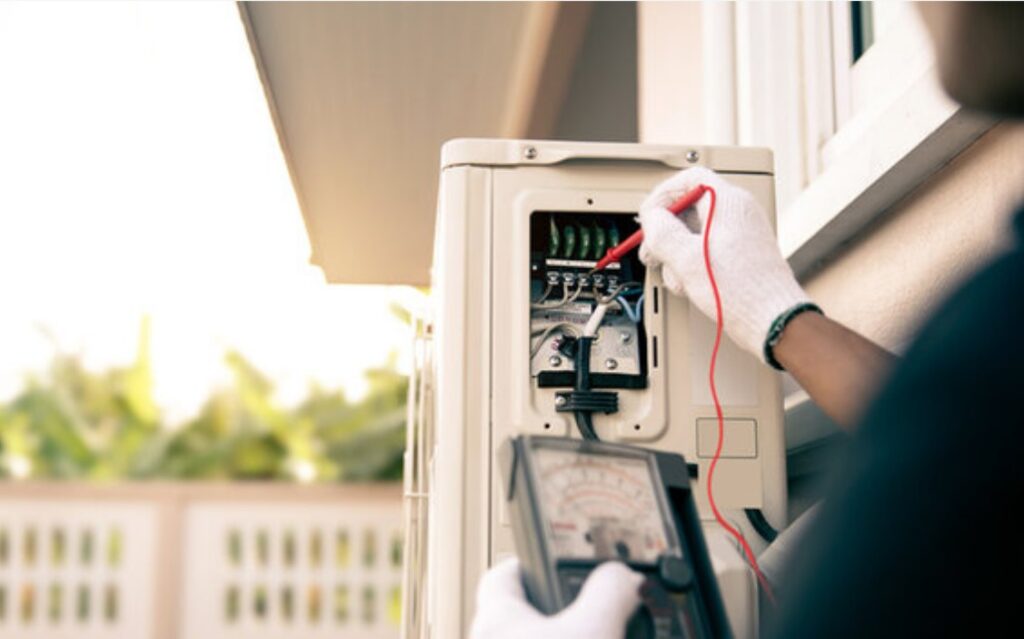 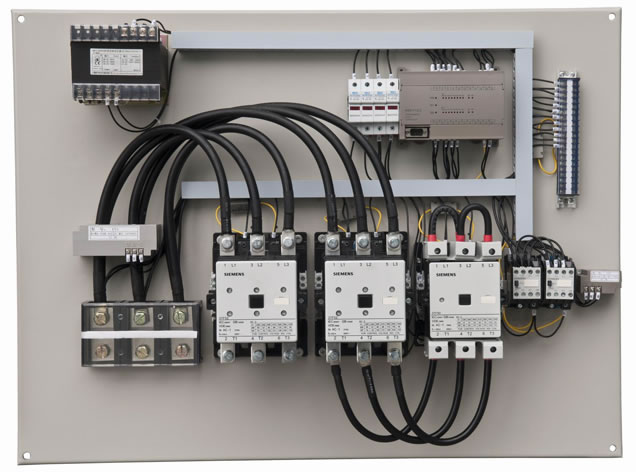 High-quality and highly reliable intake valves efficiently regulate machine loading and unloading while conserving energy. No gap can be entirely sealed, no need for air cylinder pneumatic control, no seal diaphragm, etc. wearing parts, and the service life of the soul. valve is up to 2 million times more than the structure used to upgrade. 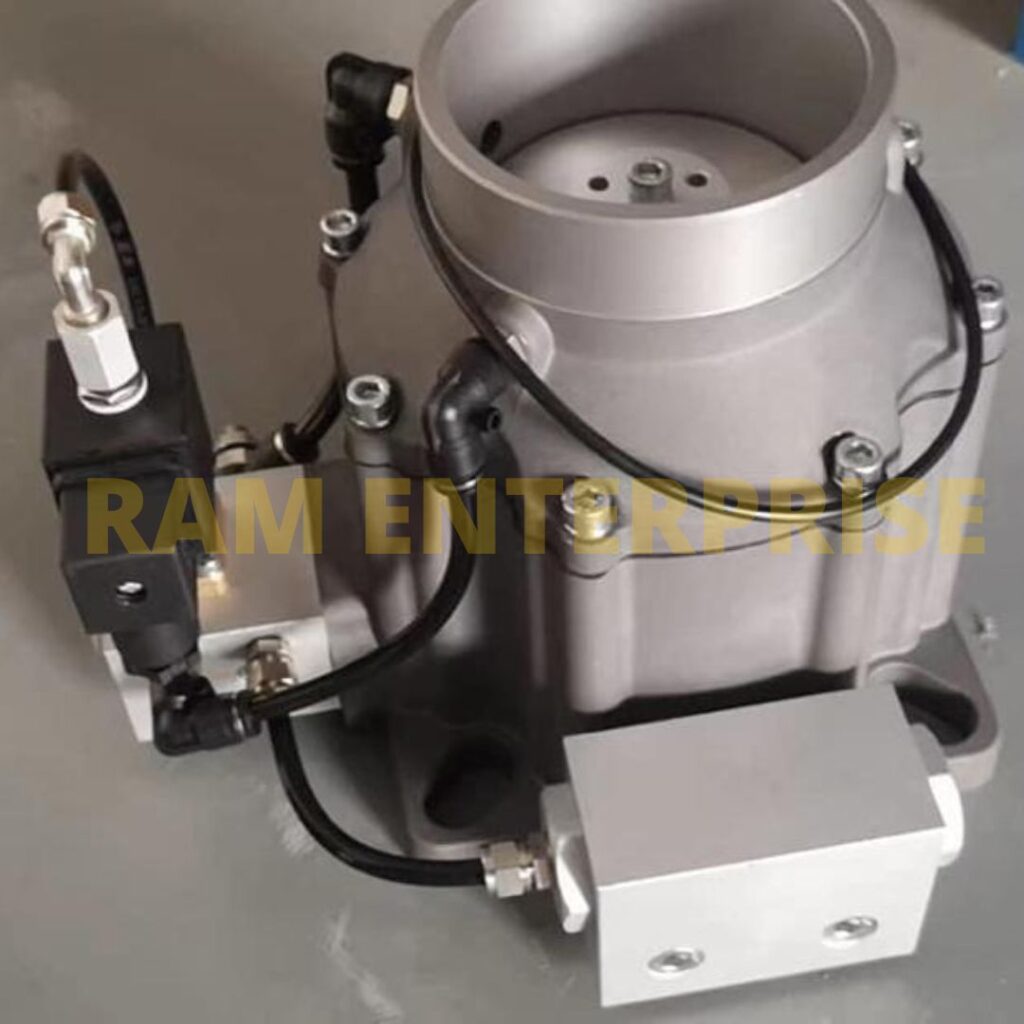 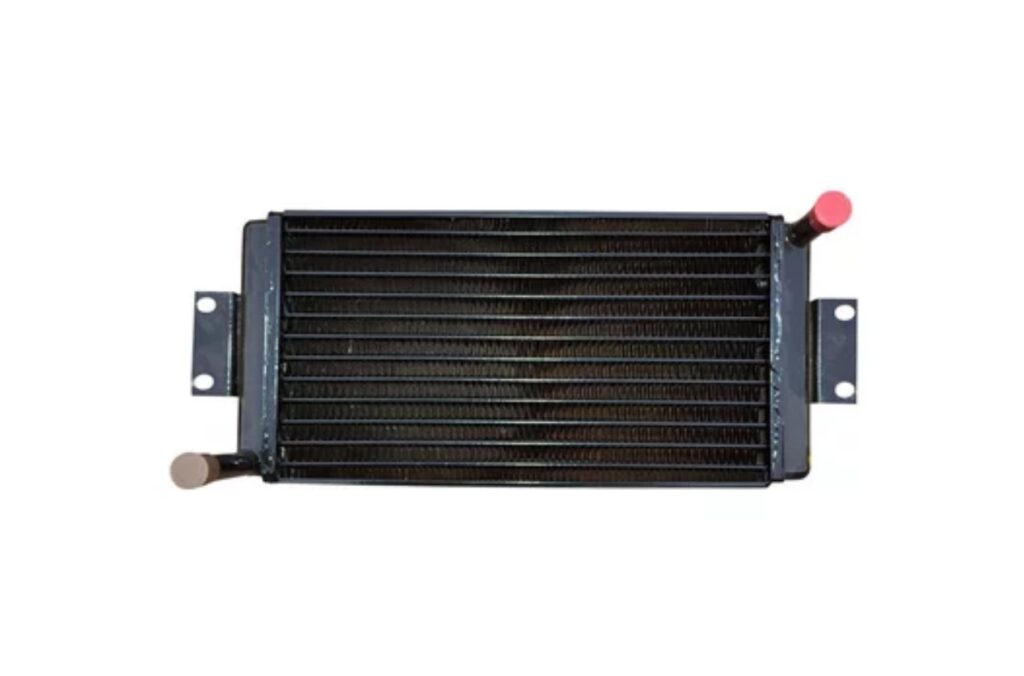 Removing the conventional hose in favour of a low-cost, entire rigid line with a flexible connection has stopped ageing pipelines from bursting and creating leaks while also reducing oil pressure loss. Use sealing devices such as cutting sleeves or nitrile rubber o-rings to stop leaks. Additionally, it efficiently reduces vibration. 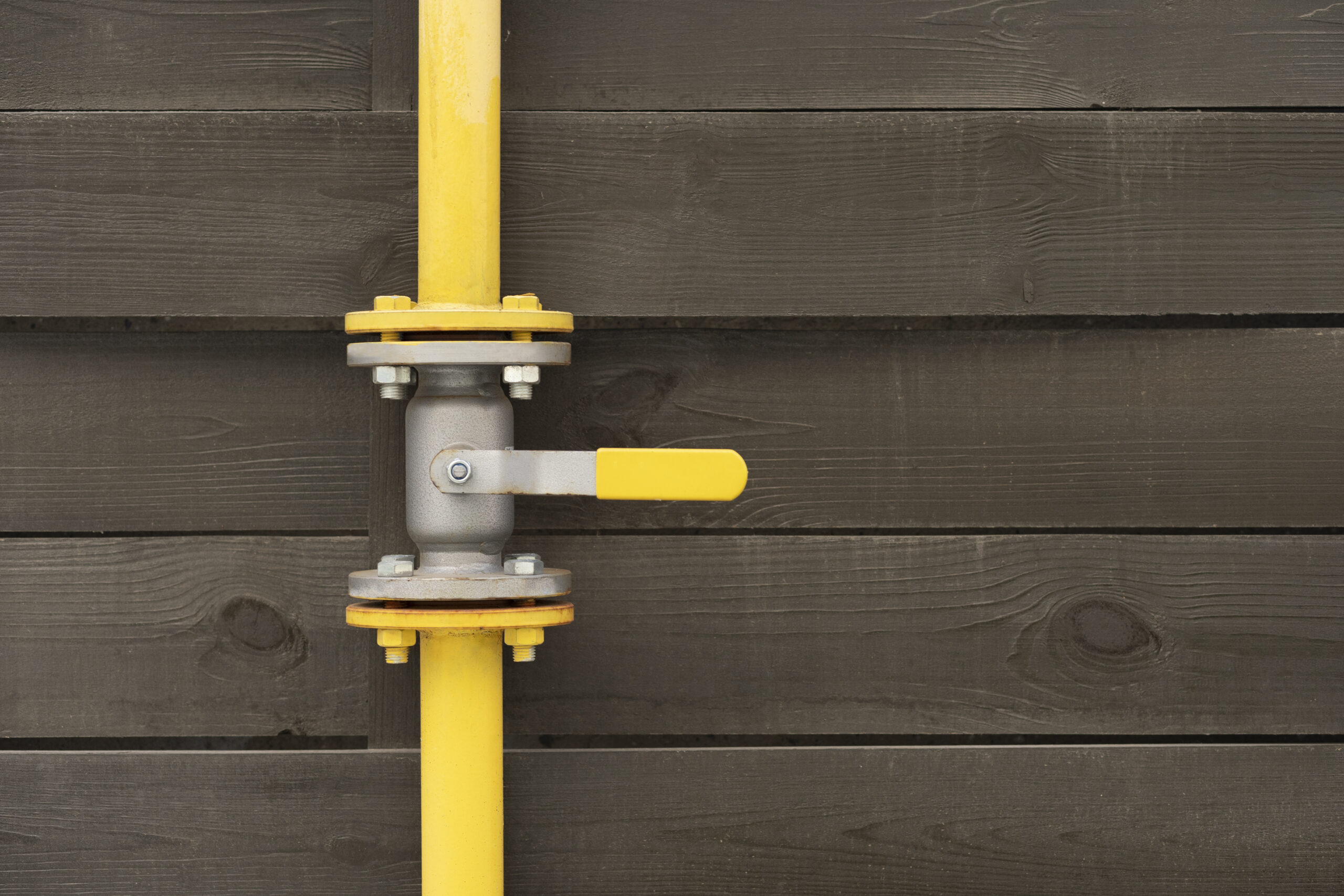 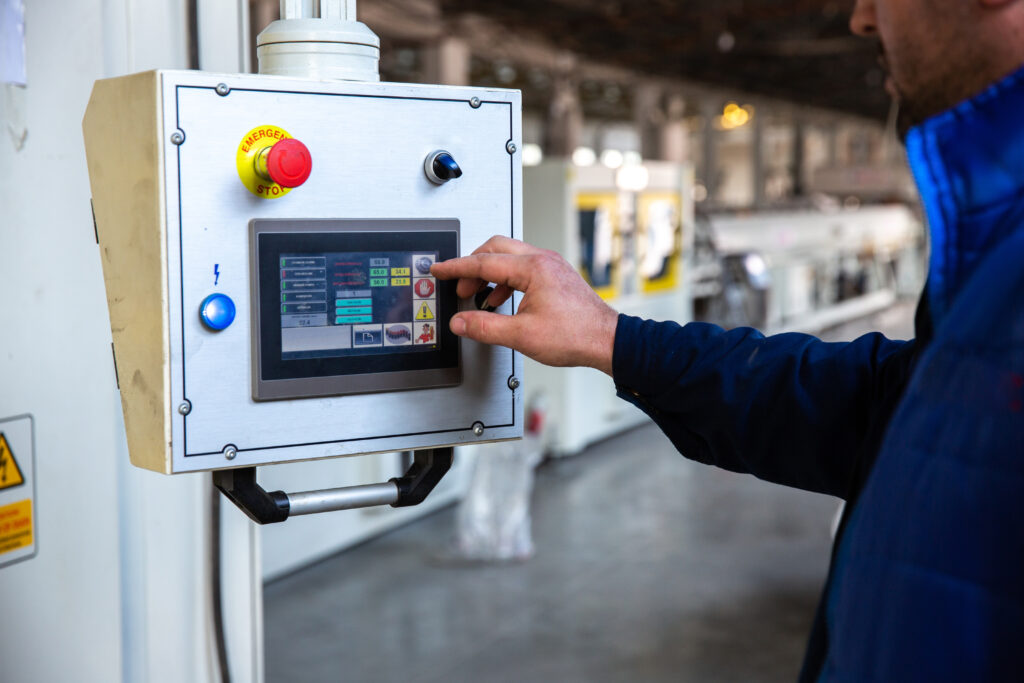 Smart PLC, with the signals of pressure, temperature, and currently provided with key important indicators of 12 alarms and full security protection measures, multi-language display suitable for requirements of different countries, maintenance period reminder, and RS485 communications interface help realize linkage work for many compressors, succinctly and comprehensively to let the customer understand the running situation as soon as possible.

What is a Screw-Type Air Compressor?

The main advantage of using a rotary screw air compressor is that it can continually create compressed air with little variations in delivery pressure and produces less heat than conventional air compressors, resulting in energy efficiency.

How does a screw type air compressor work?

In many cases, air compressors will have the full torque of two screws, which is essential for numerous large-scale enterprises. Rarely used for refrigeration, certain rotary screw air compressors only have one screw.

The main advantage of using a rotary screw air compressor is that it can continually create compressed air with little variations in delivery pressure and produces less heat than conventional air compressors, resulting in energy efficiency.

What is the working principle of the rotary screw air compressor?

There are two main compression ideas used in air compressors. One of these is the positive displacement principle. Numerous compressors utilize this technology, with screw compressors being the most popular.

Within the compressor are a pair of male and female rotors. They will be constructed differently so that air gets trapped between them when they are all bent simultaneously. Convex lobes on the male rotor and concave chambers on the female rotor allow them to mesh without coming into contact and achieve compression. The male rotor drives the female rotor because it rotates more quickly because it has fewer lobes than the female rotor. The screw element lacks valves in contrast to piston compressors, which employ the same compression principle. Because there are no mechanical or volumetric losses, it can run at high shaft speeds without becoming unstable. Therefore, screw technology can combine a high flow rate with a compact, space-saving design.

What are the benefits of rotary screw air compressors?

Screw compressors, being the technology of choice for a wide range of applications, have a lot to offer customer including:

Continuous operation – They don’t need to be turned on and off, and they don’t have a duty cycle because they can provide continuous airflow and pressurization. This implies they can run indefinitely with little to no downtime.

Easy to maintain – Wear and tear are minimized because there are very few moving and contacting parts. Long service intervals save maintenance expenses and make routine inspections and repair simple, quick, and painless.

Powerful performance – Screw compressors have high airflow rates and can perform at extreme temperatures, allowing them to operate in difficult environments. This implies they can readily and efficiently operate pneumatic tools and big equipment.

Energy-efficient – These long-lasting machines emit less heat and use less energy than other models since they have endured the test of time. Because of these design qualities, there is no capacity decrease over time, lowering the compressor’s lifetime cost.

Low noise – The quiet operation of the devices is due to their tiny size and absence of moving parts, making them ideal for point-of-use installations.

The comparison below can help you choose which is superior.

What is the difference between the reciprocating compressor to a screw type compressor?

These are their defining traits, summed up as follows:

Components most of which are involved

Due to the fact that there are only two moving parts (screws) and a little amount of space between them, screw air compressors are not susceptible to substantial wear and tear. There is little friction even in variants where the two screws come into contact with one another, making them less likely to malfunction. Reciprocal air compressors, on the other hand, contain more moving parts, such as pistons, piston rings, connecting rods, and inlet-outlet valves, which makes them noisier and necessitates spare parts storage.

When in use, screw air compressors produce internal heat between 80 and 99 degrees Celsius. Heat production is decreased since there is no friction between the screws. The oil or lubricant used between the rotors and casing produces a non-wearing seal that may dissipate heat with the aid of a thermostatically controlled fluid circuit. Reciprocal air compressors’ pistons work best at temperatures between 150 and 200 degrees Celsius. High temperatures are caused by the friction that occurs when piston rings move against the cylinder walls.

There are very few chances of finding leftover oil in an oil-lubricated screw air compressor because of this machine’s three-stage oil filtering system. Typically, there are fewer than three oil particles per million (PPM).

Because the majority of the connected applications don’t call for one, choosing the appropriate size of an air-receiver tank while using a rotary screw air compressor may be challenging. This device is built to continuously and uninterruptedly supply a stream of compressed air. If the airflow requirements of your tool are less than what the air compressor can produce, you won’t need a tank. On the other hand, piston-based compressors contain air-receiver tanks that store air and lessen pulsation prior to starting the connected applications. The apparatus can be utilized after the tank has been full.

Many industries employ screw compressors to boost their daily production capacity. They are suitable for high-demand industrial activities because of their robust design diagram and lack of a duty cycle. Screw air systems are advantageous in a variety of manufacturing industries, including aerospace, automotive, brewing, food packaging, construction, beverage, and textile. They are suitable for both local and large-scale enterprises since they can tolerate a variety of working conditions.